As foreseeing the decline of PUBG Mobile, the game continues to release another version called PUBG: New State. With promises of upgraded graphics, quality as well as fraud prevention, PUBG: New State quickly won back the hearts of fans.

The gameplay mechanism of PUBG: New State is completely preserved compared to the traditional PUBG Mobile. The new point is probably in the graphics and new content. You will still be dropped on a fantasy island, trying to survive in the end to win. Of course, you will still loot items, armor, medicines and power-ups to maximize that survival process.

The gun system in the game has also been upgraded to become more realistic. There will be many new accessories, new gun features, and recoil will also be tweaked to be more suitable. All to create a completely new experience but still very familiar, suitable for both new and old players.

The game will be released on both iOS and Android platforms. But currently, the game is only supporting testing on the Android version. Let’s follow Mot Game for the next news about PUBG: New State. 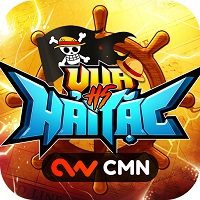